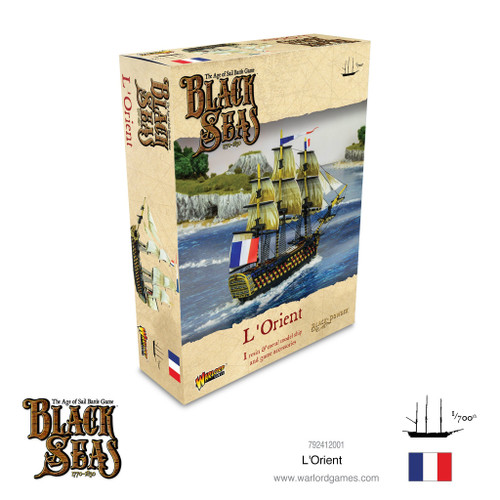 Orient was of the Océan-class of ships. These were a series of 118-gun three-decker ships of the line of the French Navy, designed by engineer Jacques-Noël Sané. Launched on July 20, 1791, she was originally named the Dauphin Royal, but having come into service during a time of great political upheaval, she was promptly renamed. As a tribute to a political movement, she was dubbed the Sans-Culotte. She retained this name for three years before it also became contentious.