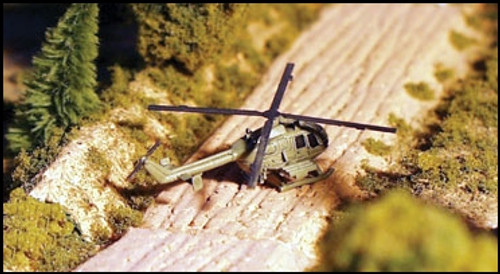 The Messerschmitt-Bölkow-Blohm Bo 105 is a light, twin-engine, multi-purpose utility helicopter developed by Bölkow of Stuttgart, Germany. Production began under Messerschmitt-Bölkow-Blohm (MBB), which became a part of Eurocopter in 1991. Eurocopter continued to produce the Bo 105 until 2001, when it was replaced in the product line by the EC 135. The Bo-105 is the smallest twin-engined helicopter.