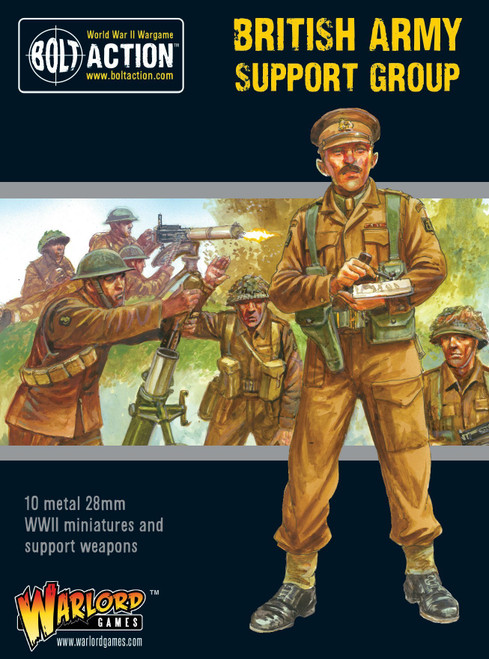 The British Tommy faced his Axis adversaries throughout the war with tenacity, bravery and his legendary love of a 'brew'.

After years of fighting in North Africa and the Far East the British Army set foot back in Europe with the invasion of Sicily and Italy. In 1944 they spearheaded the D-Day landings in Normandy before pushing on into the German homeland and ultimate victory.

British soldiers made good use of the water-cooled Vickers machine gun - the same weapon their fathers use in the Great War - and the 3" mortar.