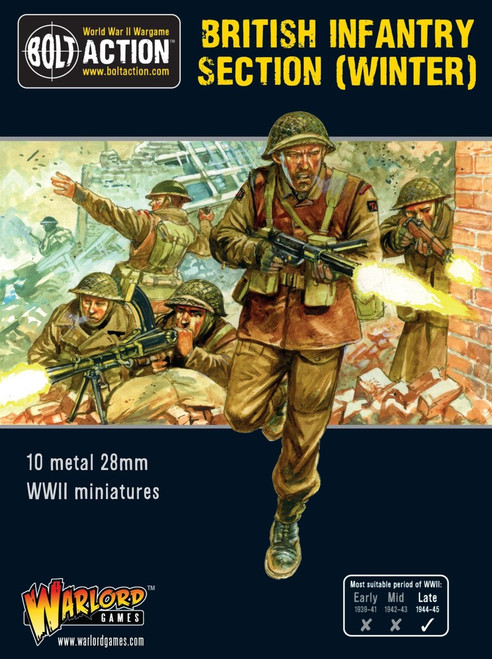 As with most British Commonwealth infantry sections, the British Infantry Section Winter is based around the sustained firepower of the Bren light machine gun, the other infantrymen carrying extra Bren magazines in addition to their own weapons.

Protected from the chill by their thick military grade woollen great coats and tough sleeveless leather jerkins, they also made good use of camouflaged groundsheets as protective capes along with woollen caps, scarves and gloves.

Whether the fight is in the frozen Italian hills and mountains or in the deep winter of France, the low countries or in Germany itself, these cheery British infantrymen can be relied on to do their duty for King and Country!