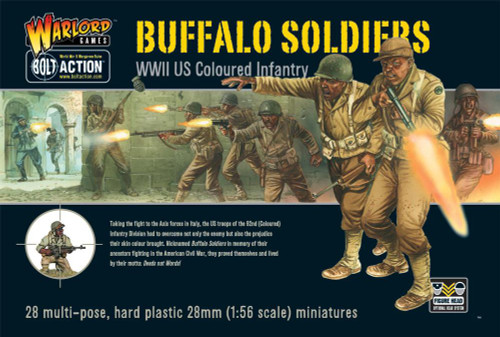 Taking the fight to the Axis forces in Italy, the US troops of the 92nd (Coloured) Infantry Division had to overcome not only the enemy but also the prejudice their skin colour brought. Nicknamed Buffalo Soldiers in memory of their ancestors fighting in the American Civil War, they proved themselves and lived by their motto: Deeds not Words!

Deeds not words was the proud motto of the 92nd (Coloured) Infantry Division, the only complete Black American division to see front-line service in Europe in World War II - segregation still being the norm in US forces. They were shipped out to Northern Italy where pro-Mussolini Italian troops and German formations were doggedly slowing the Anglo-American advance to a crawl.