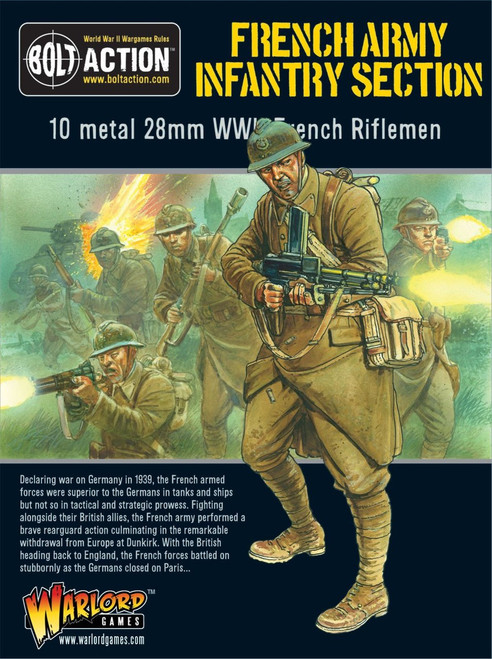 Declaring war on Germany in 1939, the French armed forces were superior to the Germans in tanks and ships but suffered from outdated tactical and strategic doctrine at the highest level. Fighting alongside their British allies, the French army performed a brave rearguard action culminating in the remarkable withdrawal from Europe at Dunkirk. With the British heading back to England, the French forces battled on stubbornly as the Germans closed on Paris…

Although much has been written of the German armoured forces and the defeat of the British at Dunkirk in the dark days of 1940, far too little has been written about the gallant stands made by the French army.