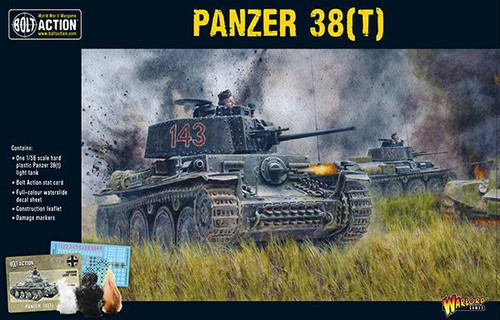 Most commonly known as the Panzer 38(t), this light tank was originally a Czech design – the LT vz. 38 – which fell under the Third Reich's control when Germany occupied Czechoslovakia in 1938. The 't' in its designation relates to the German for Czech – tschechisch.

Well-liked by its crews for its dependability and ease of repair, over 1,400 38(t)s were produced and saw active service for Germany during the invasion of Poland, the Battle for France and on the Eastern Front.