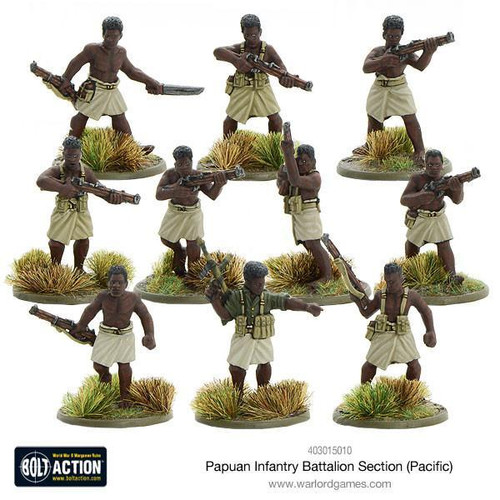 These were local men recruited in New Guinea and led by Australian officers and senior NCOs. They were superb jungle fighters who, being local men, were particularly good at reconnaissance. They were also almost impossible to ambush. They fought from the Kokoda campaign right through to end of the war against Imperial Japan.

This set contains a metal 10-man section consisting of: