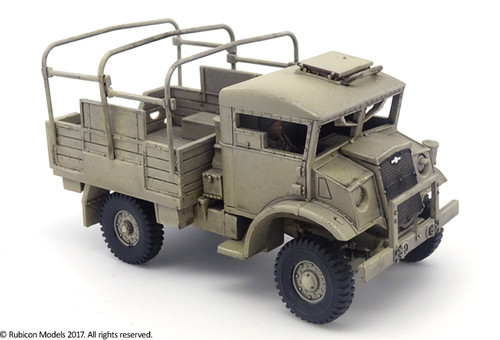 The Canadian Military Pattern (CMP) truck was a class of military truck - of various forms - made in large numbers in Canada during WW2 to British Army specifications for use in the armies of the British Commonwealth allies. Standard designs were drawn up just before the beginning of the war.

Product Highlights:
- Choice to build a CMP with or without tarpaulin
- Choice of open or closed rear canvas cover
- One piece cab assembly for ease-of-assembly
- Open or closed cab hatch
- Crew figures with choice of head & hand options included