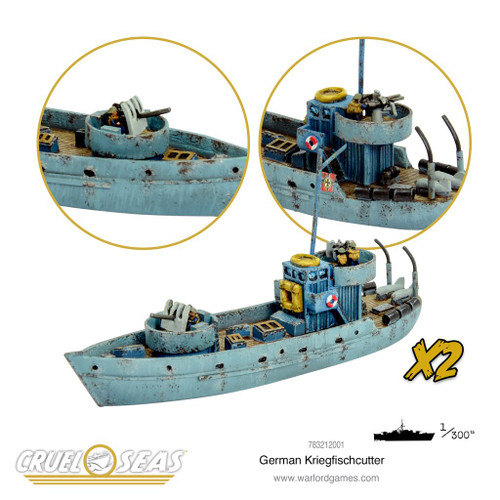 Known as KFKs, these vessels were mostly wooden fishing boats intended for use by the Kriegsmarine as patrol boats and sub chasers. Their design dates back to 1920. A huge building programme was launched in 1942, making them the largest German warship design. About 612 were completed in 42 different shipyards across seven countries (certain country's shipyards were unaware they were constructing war vessels). Out of 554 commissioned, more than 130 were lost.