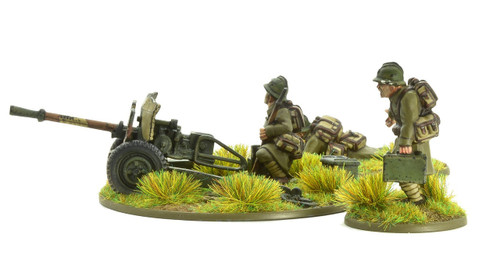 The 25mm Hotchkiss was the standard anti-tank gun of the French Army. It was also used by the British Expeditionary Force (BEF), whilst captured examples were used by the Germans and some even found their way into the hands of the Italians. It was widely exported prior to the war.

It would generally be towed by the Renault EU Chenillette but could also be pulled by horses in cavalry units or manhandled by infantry. The Puteaux 25mm M37 gun was a derivative of the same weapon mounted on a lighter carriage. The World War I 37mm Mle 1916 infantry gun, which the Hotchkiss was built to replace, was also used as a light anti-tank gun and is given as an option.