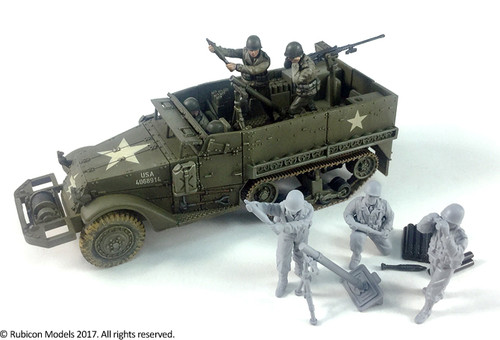 The M21 Mortar Motor Carriage (MMC) was a self-propelled artillery mount on a half-track chassis used by the United States Army during WW2. It was equipped with an 81mm M1 mortar and an air-cooled M2 Browning machine gun. It was produced by the White Motor Company in 1944. Only 110 were produced.