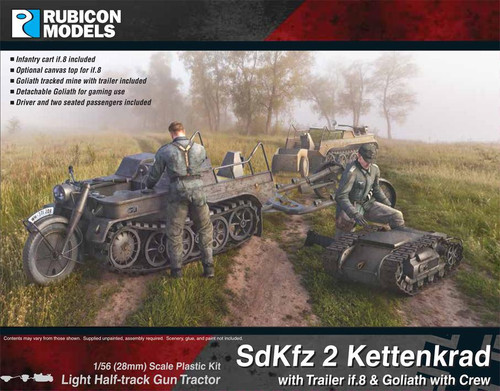 The SdKfz 2 Kettenkrad started its life as a light tractor for airborne troops.  The vehicle was designed to be delivered by Junkers Ju 52 aircraft, though not by parachute.  The vehicle had the advantage of being the only gun tractor small enough to fit inside the hold of the Ju 52.

The Kettenkrad came with a special trailer (if.8) that could be attached to improve its cargo capacity.

The Goliath tracked mine was an unmanned disposable demolition vehicle used by the Wehrmacht during WW2. These were the electrically powered SdKfz 302 and the petrol-engine powered SdKfz 303.  They were known as “beetle tanks” to the Allies.