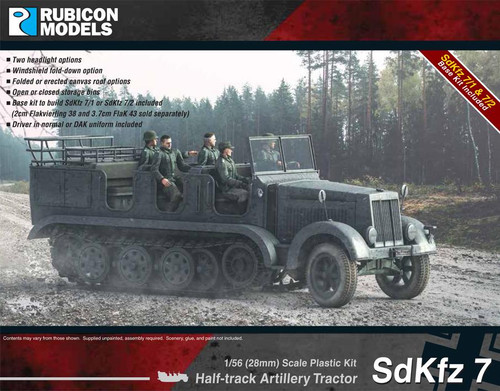 This vehicle could carry gun crews of up to 12 men in theatre-type seats with under-seat storage for various tools. The whole vehicle was spacious enough to carry their kit.  The rear of the vehicle housed an enclosed compartment for storage of ammunition, though a second ammunition carrier was desirable.