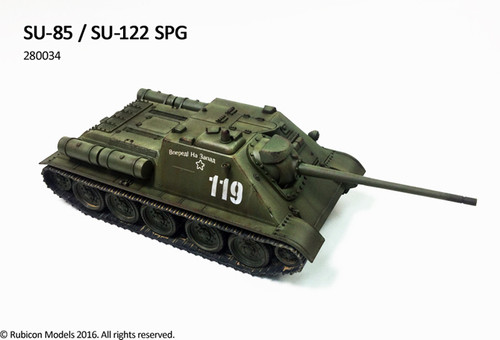 The SU-122 (from Samokhodnaya Ustanovka 122) was a Soviet self-propelled howitzer or assault gun used during World War II.  The number “122” in the designation represents the caliber of the main armament, the 122mm M-30S howitzer.  The chassis was that of the T-34.

Initial design work of a prototype U-35 assault gun, armed with the 122mm howitzer and built on the T-34 medium tank, was completed in August 1942.  The project emphasized minimizing modifications to the platform and the howitzer.  It used the same chassis, superstructure, engine and transmission and was armed with a new 122mm M-30S howitzer.  The U-35 entered service with the Red Army as the SU-35 (later renamed SU-122).