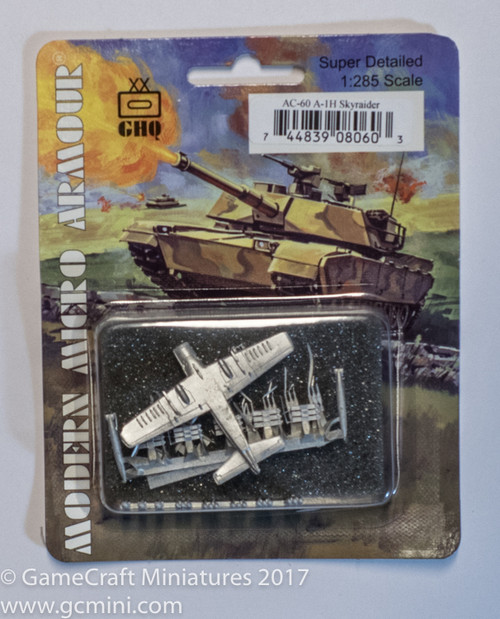 The Douglas A-1 Skyraider (formerly AD) was an American single-seat attack aircraft that saw service between the late 1940s and early 1980s. It was the world's most powerful single engine piston-powered, propeller-driven aircraft, an anachronism in the jet age, and was nicknamed "Spad", after a French World War I fighter. The Skyraider had a remarkably long and successful career, even inspiring its straight-winged, slow-flying, jet-powered successor, the A-10 Thunderbolt II. Including all variants, a total of 992 aircraft were built.

A Bridge Too Far - 28mm Version - Half Version