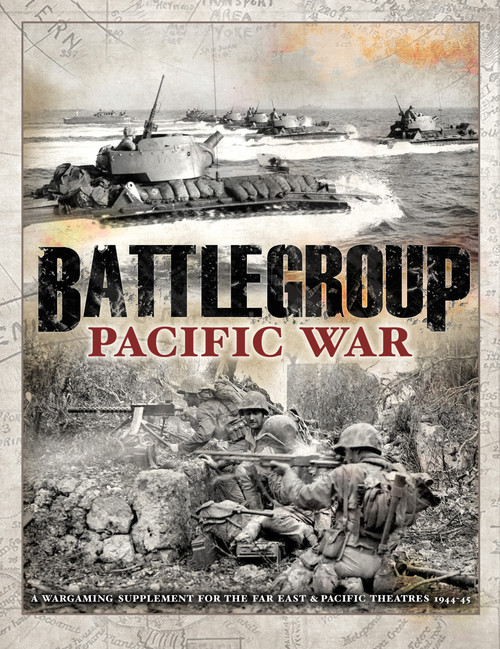 A fantastic 204-page hardback supplement for the Battlegroup gaming system, covering the War in the Pacific Theatre in 1944 & 1945. You will need the Battlegroup rulebook for full enjoyment of this supplement.

After the Japanese launched surprise attacks on the US Fleet at Pearl Harbor, on the Philippines and Malaysia, their new empire has expanded across the Pacific, over-running smaller nations and forcing the Allies onto the defensive. After finally stalling Japan’s rapid advances, the Allies are starting their own offensives. From the deep jungles of New Guinea to the remotest of volcanic Pacific islands, US forces are now launching repeated amphibious operations to roll-back the Japanese threat and fight their way to the enemy’s homeland. From the Marianas Islands, to the Philippines and with the British 14th Army in Burma, by 1944 the ferocity of the Pacific War had reached its zenith.