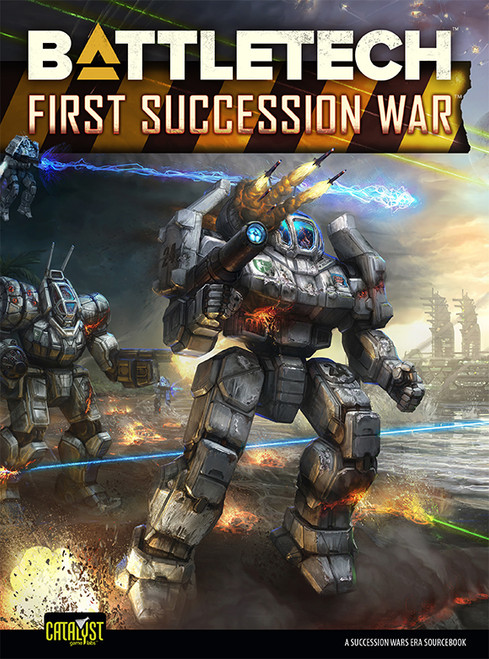 In 2784, the departure of General Alexsandr Kerensky and the remnants of the SLDF from known space leaves the Inner Sphere balanced on a knife-edge. With no Star League to keep the House Lords in check, greed, ambition and old grudges come to the fore once more, propelling the five remaining Great Houses into a war that threatens human civilization itself: The First Succession War.

The First Succession War describes the most devastating conflict ever fought by mankind as the five Great Houses battle for supremacy in the ruins of the Star League. Covering the collapse of the Star League, the militarization of the Inner Sphere and the horrors that ensued, this volume provides a detailed look at the major actions of the war, the motivations of its participants, and the deadly consequences of their decisions.