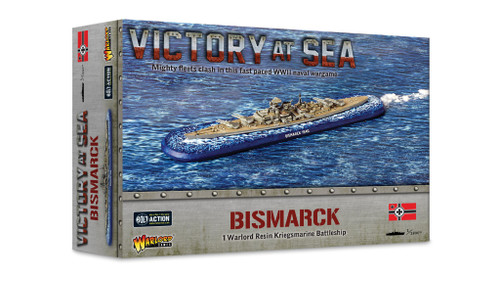 Two Bismarck-class battleships were built for the Kriegsmarine. Bismarck was the first, named for the Chancellor. The battleship was laid down in July 1936 and launched February 1939. She and her sister ship, Tirpitz, were two of the largest battleships built by any European power, and certainly the largest built by Germany. Whilst the physical power they held was tremendous, they also wreaked psychological havoc amongst the allies. Churchill was determined that the two battleships not be let loose upon the Atlantic.

Bismarck's career, however, was woefully short, spanning just eight months under a single Captain, Ernst Lindeman. During this time, she only took part in a single offensive action that lasted just eight days in May 1941.