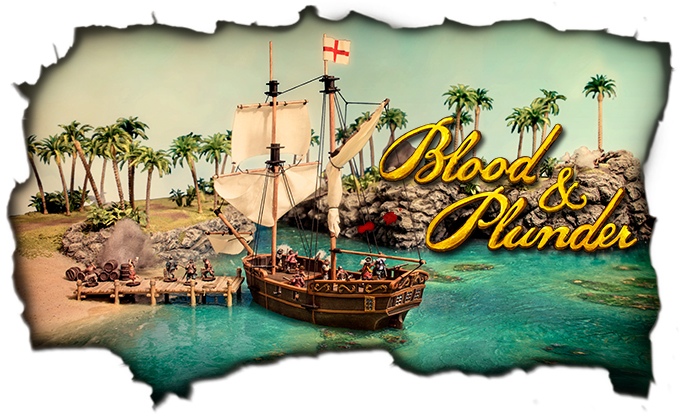 Blood & Plunder is a 28 mm historical miniatures war game set in the 17th century during the golden age of piracy . The game is played out on a tabletop using custom terrain and 28 mm miniature figures and ships.

This highly immersive and tactical game system takes players into the 17th century world of blood thirsty pirates, desperate militiamen and and ferocious natives. All of them in a constant struggle to control the wealth of the New World! Games can be played on land, at sea or a combination of both using a streamlined set of gaming rules that will present new and veteran war gamers alike with unique tactical challenges. The game was created with the consultation of Benerson Little, re-known pirate historian and author in order to insure as much historical accuracy as possible.