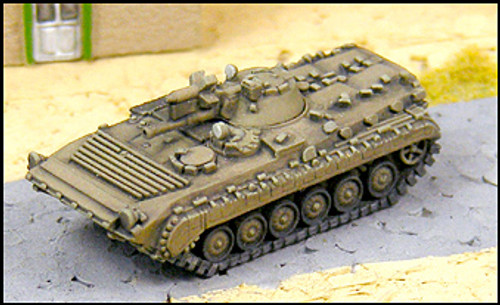 The Soviet military leadership saw any future wars as being conducted with nuclear, chemical and biological weapons and a new design combining the properties of an armored personnel carrier (APC) and a light tank like the BMP would allow infantry to operate from the relative safety of its armoured, radiation-shielded interior in contaminated areas and to fight alongside it in uncontaminated areas. It would increase infantry squad mobility, provide fire support to them, and also be able to fight alongside main battle tanks.