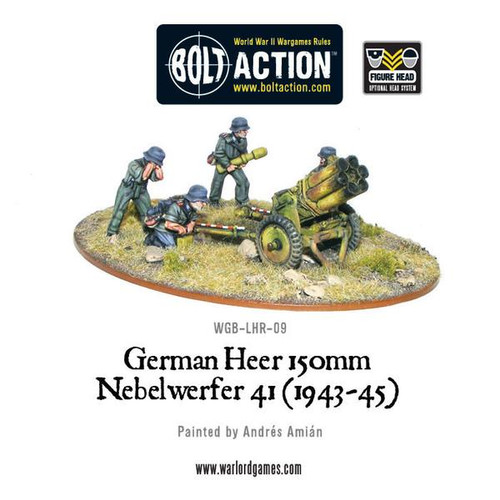 German scientists had been working on rocketry for all manner of purposes in the years leading up to the war. When the Germans crashed over the border into Russia in 1942 they had a secret weapon, with the cover name of Nebelwerfer or "Fog thrower". This was a multi-barreled, electrically-fired rocket launcher that sent its payload of heavy rockets thousands of yards out to engulf enemy positions...

With a fearsome flash of flame and the howling of a banshee wail they caused terror when used in large numbers; bringing down a barrage on an area less accurately than artillery but with awesome psychological effect that could sap the will of a defender.

This set features the Warlord Games Figure Head System. This allows you to choose which heads to attach to your models allowing amazing variety and poseability.