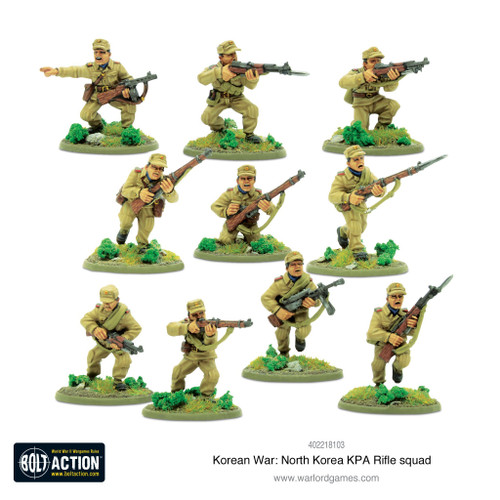 The standard Rifle Squad in the North Korean Army, the KPA, is a well-trained and well-disciplined team prepared for the many hardships anticipated in the struggle to come. To represent the vastness of the KPA in Bolt Action, a KPA army is allowed to include a free ten-man rifle squad of inexperienced infantry!