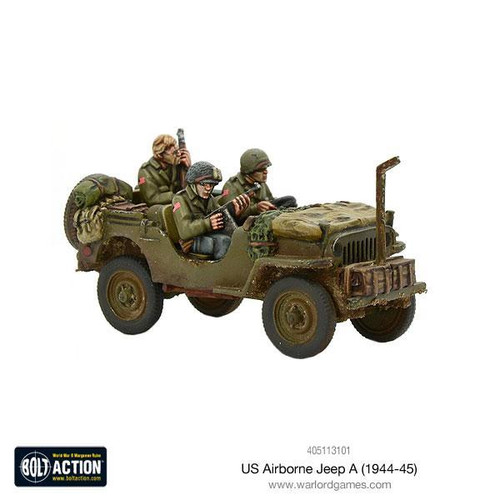 In June 1940 the American army asked for a vehicle that could "go-anywhere". The answer was the four-wheel drive Willys MB and the Ford GPW, both models referred to as 'Jeeps'.

630,000 jeeps were produced by the end of the war. Developed for reconnaissance and liaison duties, the jeep was well suited to a variety of roles and was even used in airborne landings, as depicted here with the remastered Airborne Jeep for Bolt Action!