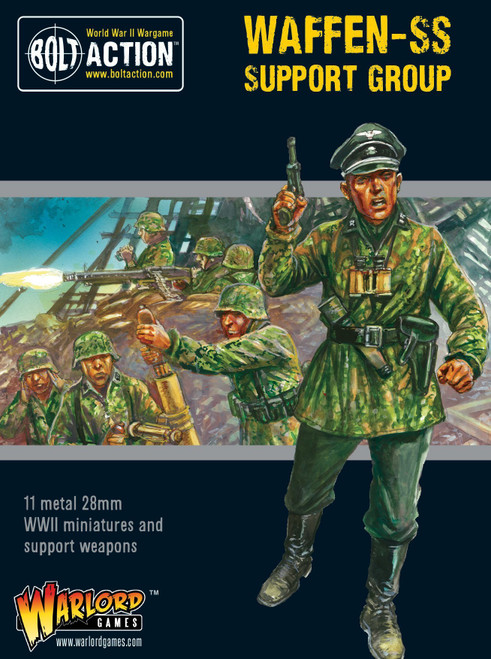 The armed wing of the Nazi Party, the extremely well-equipped Waffern-SS were rightly feared by their opponents - both for their fighting ability and uncompromising ferocity.

Supported by two weapons with a high rate of fire - the deadly MG42 medium machine gun (nicknamed Hitler's Buzzsaw by the allies) and the Granatwerfer 34 8cm medium mortar - the Waffen-SS, in their trademark camouflaged uniforms were a truly dangerous foe to face.