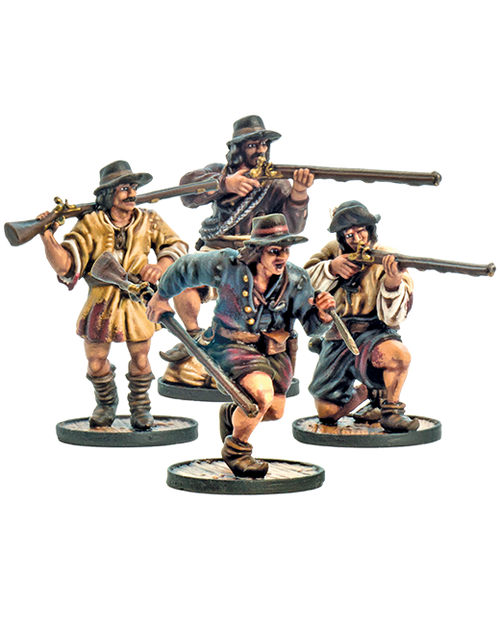 The Boucaniers were the predecessors of both French Flibustiers and English Freebooters. Known for their deadly accuracy, these hunters of mainly French origin originated from the western end of Hispaniola and lived a rough backwoods life. It wasnÕt long before these enterprising woodsmen began attacking passing Spanish ships, usually from canoes and other small watercraft. 4 pewter miniatures (28mm scale)