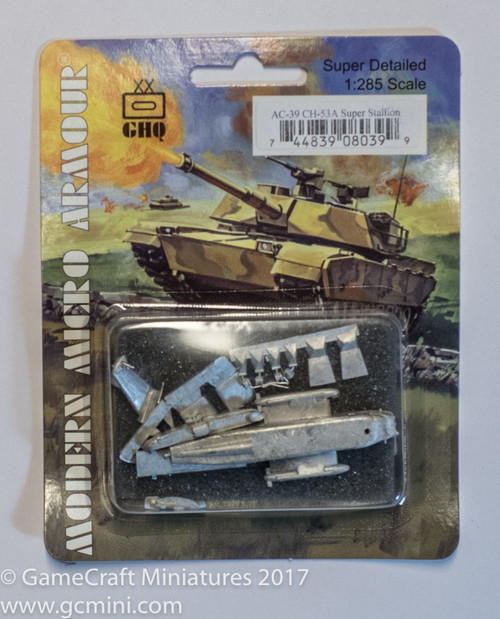 The Sikorsky CH-53E Super Stallion is the largest and heaviest helicopter in the United States military. As the Sikorsky S-80 it was developed from the CH-53 Sea Stallion, mainly by adding a third engine, a seventh blade to the main rotor and canting the tail rotor 20 degrees. It was built by Sikorsky Aircraft for the United States Marine Corps. The less common MH-53E Sea Dragon fills the United States Navy's need for long range mine sweeping or Airborne Mine Countermeasures (AMCM) missions, and perform heavy-lift duties for the Navy. Under development is the CH-53K, which will be equipped with new engines, new composite rotor blades, and a wider cabin.