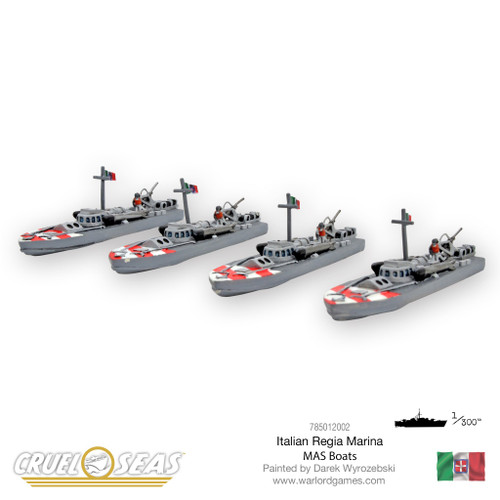 Motoscafo Anti Sommergibile, or MAS boats, weighed between 20 and 30 tons and were smaller than most other nations. They were, however, good boats and gave the Allies a tough time.

They had a ten-man crew; their principal armament was two torpedoes and a 20 mm Breda A/A on the rear deck. They were fast, very fast and could make up to 45 knots, outrunning all PT boats and British MTBs. By 1940, 48 of the MAS 500 class were available.