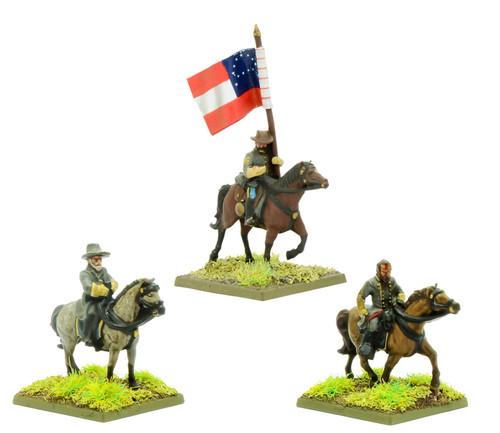 Robert E. Lee: The son of ‘Light Horse Harry’ Lee, an officer who served in a previous rebellion, Robert Edward Lee graduated top in his class at West Point at the start of his military career. He was an accomplished officer and had served across the country and provided staunch service during the Mexican War.

Thomas ‘Stonewall’ Jackson: Jackson is one of most able Confederate commanders and is only eclipsed, perhaps, by Lee. Thomas Jonathan "Stonewall" Jackson was an instructor at the Virginia Military Institute when war broke out and offered his services to his native state, Virginia.