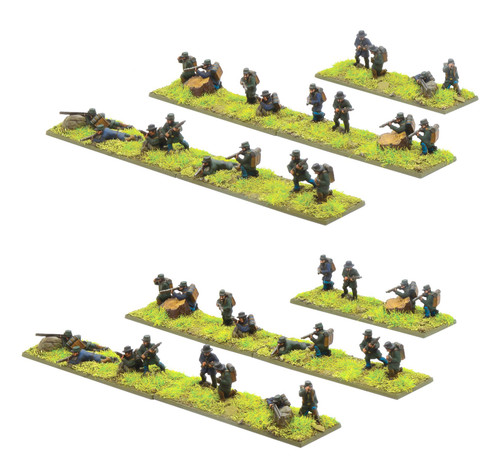 Skirmishing troops were important parts of Union and Confederate battleplans during the American Civil War. Ranging ahead of the main attack columns, skirmishers advanced in loose formations to harass the enemy, draw fire, and 'screen' the troops behind them ahead of a major bayonet charge.

The models in this boxed set are suitable to represent Skirmishers for both Union and Confederate armies. They can equally be used to represent famous regiments such as Berdan's Sharpshooters on the Union side to the Rebel Whitworth Sharpshooters.