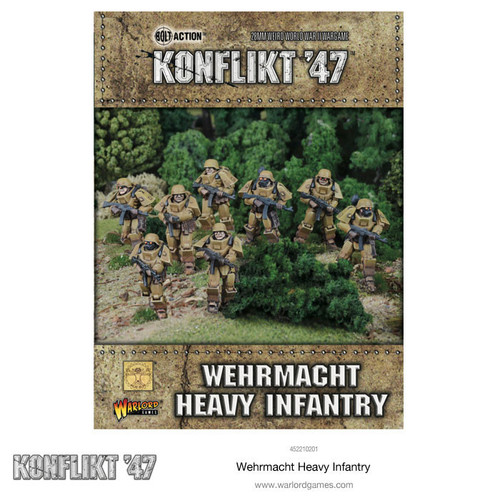 Rift-tech was rapidly used in the development of heavy armour for the Wehrmacht to ensure casualties in intense operations were kept to a minimum. One of the first nations to introduce heavy personal armour, it is effective and provided a much needed boost to the German war effort when first deployed. Other nations have copied the principles, often to better effect, but the heavy infantry remain a potent force on the battlefield.

Full rules can be found in the Konflikt'47 rule book Konflikt '47 Rule Book on page 129.