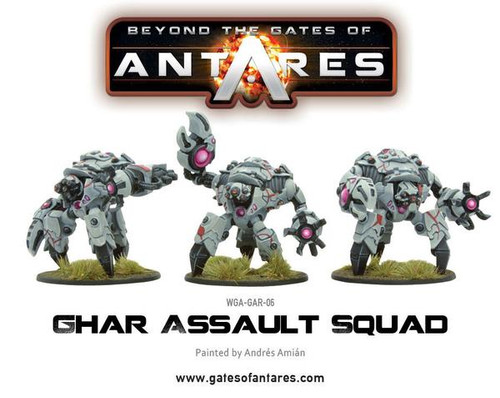 The Ghar exist only to fight, having been engineered in the distant past to fight some long-forgotten war. Whoever created them perished eons ago, leaving the Ghar to pursue their one and only purpose remorselessly until the end of time. The Ghar will prevail! Genetically engineered to form the biological component of an armoured fighting machine, they are weak and helpless creatures without their battle armour. Encased within their armoured suits, and propelled by plasma generators, they are many times more powerful than a mere human. Pitiless and impossible to reason with, they care little for casualties, and will fight to the death rather than surrender.