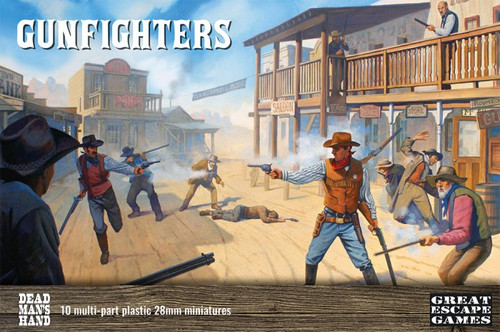 Contains 10 multipart plastic miniatures which can be made in more ways than it’s possible for an eleven fingered varmint to count! All the weapons you will need to arm your dangerous bunch are on the sprue, including pistols, a repeater rifle, two shotguns and a rifle as well as a host of other extras to make your gang truly individual. Plastic bases included.

Miniatures are 28mm sized, made of plastic & supplied unassembled and unpainted.
Some modelling will be required.