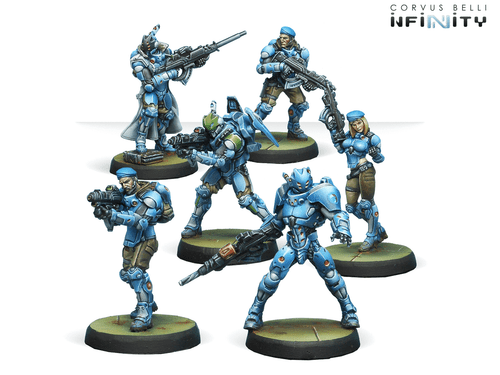 You see it previously in the Operation: Icestorm Battle Pack, and now you have it released separately! PanOceania is the great hypertechnological power, the leader of the Infinity universe. This Starter Pack is the best choice to start collecting, providing the core units of any army list: three Fusiliers with Combi Rifles, the PanOceanian basic troops; a Nisse sniper, a long range hunter; an Akal Commando, a brave paratrooper, able to be deployed at any moment, to any point on the battlefield; and an Orc Troop, a tough Heavy Infantry ready to be the spearhead of the force.