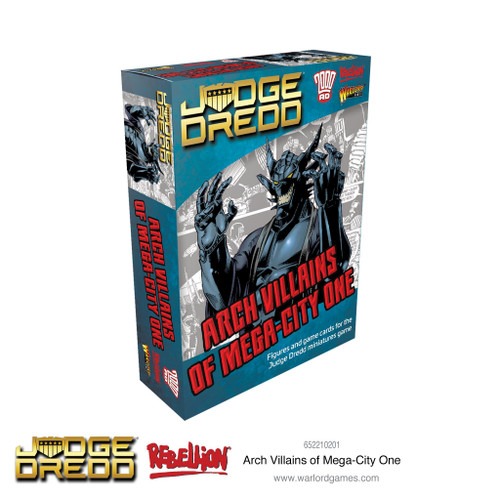 Mega-City One has been the target of violent coups, crime wars, otherworldly onslaughts and foreign invasions – each being the brainchild of a villain wanting to see the city, Justice Department and/or Dredd himself perish...

Sov agent Orlok the Assassin nearly brought the city to its knees with the Block Mania drug – a deadly precursor to the invasion from East-Meg forces. Judge Death, a Dark Judge from Deadworld, where life itself is considered a crime and the sentence is death.

The sole surviving member of the infamous Angel Gang, Mean Machine Angel is a psychopath with a dial on his forehead regulating his anger levels! Judge Grice was a disgraced Judge who broke out of the high-security prison on the Saturn moon of Titan. He became de facto Chief Judge during his bloody coup.