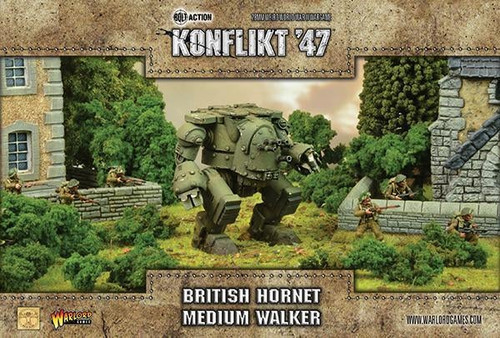 Armed with a fearsome array of four .50 cal HMGs and a short-barrelled, heavy automatic cannon, it is more than capable of suppressing dug-in infantry and vehicles at close range. Trials with a longer barrelled automatic cannon produced mixed results as the increased weapon range was tempered by manoeuvrability problems at close range and in tight urban spaces. Whilst the Hornet lacks genuine anti-tank capability beyond the reach of heavy duty fists, a platoon of Hornets would normally include a standard Grizzly as a ‘gun-walker’ to provide some anti-tank protection.

Konflikt '47 Soviet Daughters of the Motherland