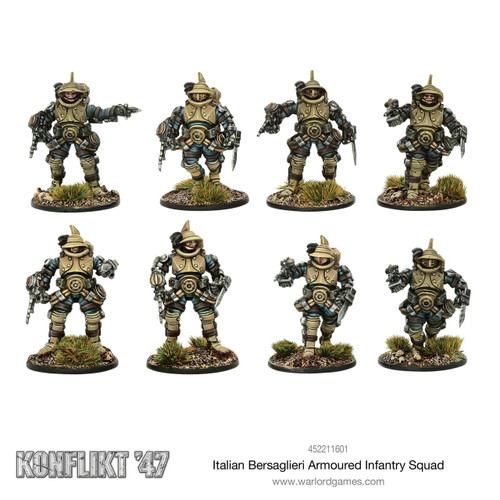 With a largely infantry based force, the use of Rift-tech designed heavy armour is a logical development for the ECI. Selecting the British Galahad suits as a base, they have been adapted to carry stylised gladiatorial helmets befitting the Bersaglieri’s reputation. The Italians now look to their elite Bersaglieri units to provide armoured spearhead troops for their mechanised and close assault operations.