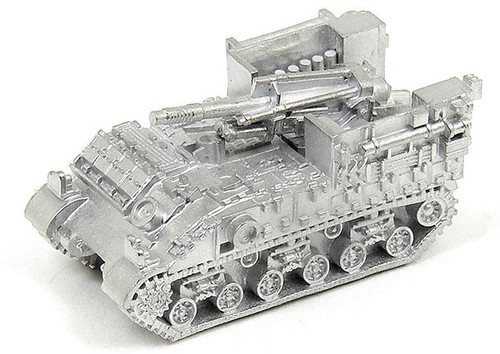 Per pack: 5
A self-propelled gun created from rebuilt M4A3 and M4A4 Sherman hulls. Beginning in 1965, 170 hulls were converted. The engine compartment was relocated forward, being replaced by a large open-top casemate housing the French-manufactured Modele 50 155mm howitzer. Subsequent upgrades included the addition of the HVSS suspension and side stowage panniers. Serving through both the Six Day and Yom Kippur wars, the fleet was retired in 1985.