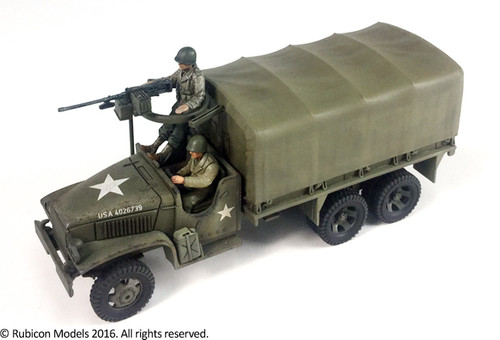 The GMC CCKW-353 was a 2½ ton 6x6 US Army cargo truck that saw extensive service in World War II and afterwards. The original “Deuce and a Half” (a reference to its tonnage), it won fame as the backbone of the famed Red Ball Express that kept the Allied armies supplied as they pushed eastward after the Normandy invasion. The 6×6 M35 began to replace the CCKW in 1950, but it remained in active US service until the mid-1960s. It also saw service with several other nations, many of which continued to use it well into the 1990s.