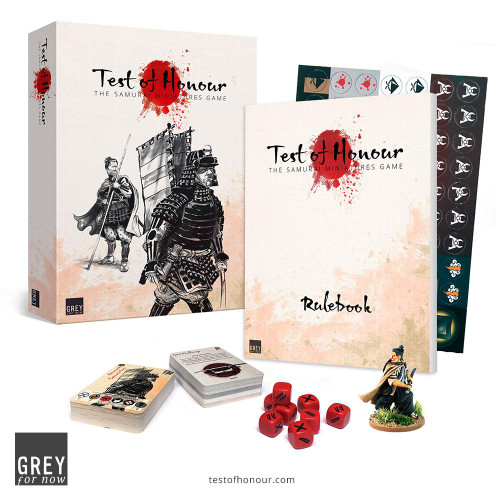 Test of Honour is a skirmish wargame played on a tabletop battlefield, with roughly 10-20 models on each side. Players select their force before each game based around a hero – perhaps a samurai, a masterless ronin, or even a warrior monk – along with one or two loyal companions and a variety of followers, who could be anything from clan soldiers to peasants.

Battles are swift and bloody as players alternate acting with one of their warriors – moving and fighting to achieve the objective of the scenario, whether that be cutting down the enemy, defending an outpost or finding and protecting a spy.

As you play through the battles, your hero will use new skills, and perhaps even take the shameful path of deceit and trickery to gain victory – such choices are the ultimate test of honour.