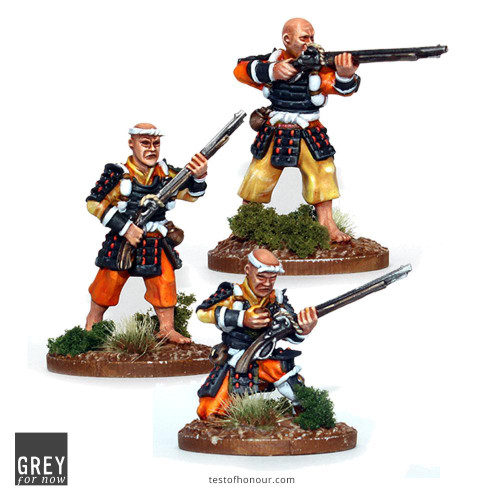 Sohei warrior monks armed with muskets battle against the foes of their temple.

The Reckless Shooters trait allows musket-armed troops to move faster but limits them to firing at the nearest enemy!

The Grab a Musket skill lets a character shoot with the gun of a nearby friend.