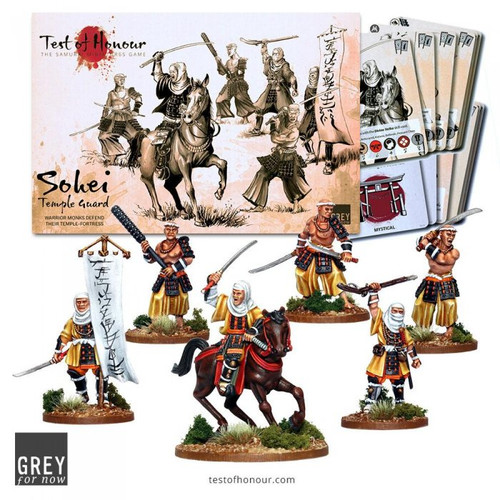 The warriors represented in this box can be used with other Sohei forces, Ikko Ikki rebels, as well as allied samurai clans. These zealous believers do not fear death and fight even harder if their brethren are slain.

The devout Temple Guards themselves are the toughest fighters, hand-picked from among the warrior monks and able to shrug off minor injuries and carry on the battle unaffected. You can make them even harder to defeat with the Final Guardians trait!

Box contains 18 gaming cards for Test of Honour and 6 metal miniatures plus bases.