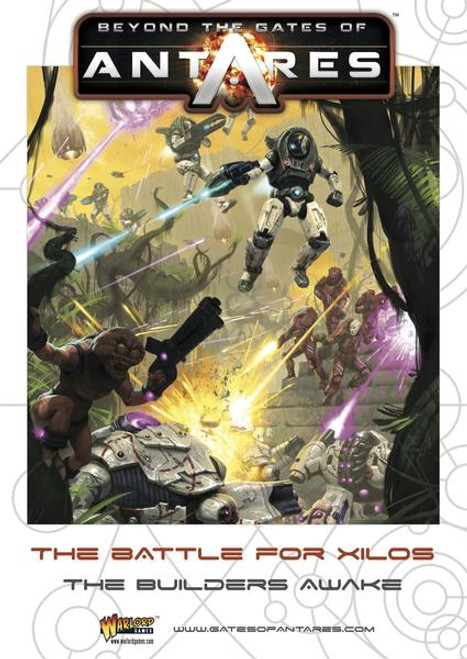 Once again penned by game author Rick Priestley, the supplement continues the events from the main rulebook - triggered by the discovery of the planet of Xilos.

The book describes, in the form of an exciting and continuing narrative, the struggle for control of the planet and the ancient builder tech hidden beneath its surface - and includes a campaign system featuring a series of scenarios which cover the different stages of the battle for Xilos, from the initial landings to... well, we'll come onto that... with a cool system for gathering campaign victory points and fielding some of the strange builder tech artefacts that your forces will capture along the way!
Packed with new rules!

Beyond the Gates of Antares Templates