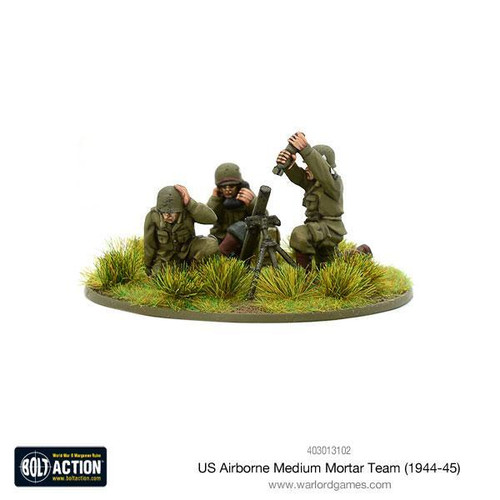 In the American army, the role of medium mortar was fulfilled by the 81mm calibre M1 mortar. The mortar was the biggest killer of infantrymen throughout the war. An average crew could fire a dozen bombs in a minute.

Compared with artillery shells that had a tendency to get 'buried' on landing, directing a good portion of the explosion into solid ground, mortar bombs fell almost on their nose and released destructive power all around.