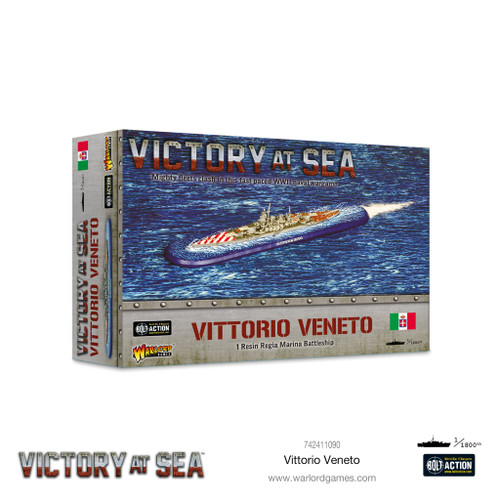 The Littorio class was the first new Italian battleship class for nearly a decade when design work began in 1930. Initially designed to remain within the 35,000-ton Washington Treaty limit, the final displacement was just over 40,000 tons. As well as being good-looking ships, the Littorio-class included a number of new features including high-velocity guns. They were probably the first of the ‘fast battleships’ that would come to dominate capital ship design in the late 1930s and onward.

Vittorio Veneto saw extensive service in World War Two, participating in the Battles of Cape Spartivento in November 1940 and Cape Matapan in March 1941. Though struck by a torpedo at this latter engagement and again later courtesy of a British submarine, she would escape unscathed from the British raid on Taranto of November 1940.