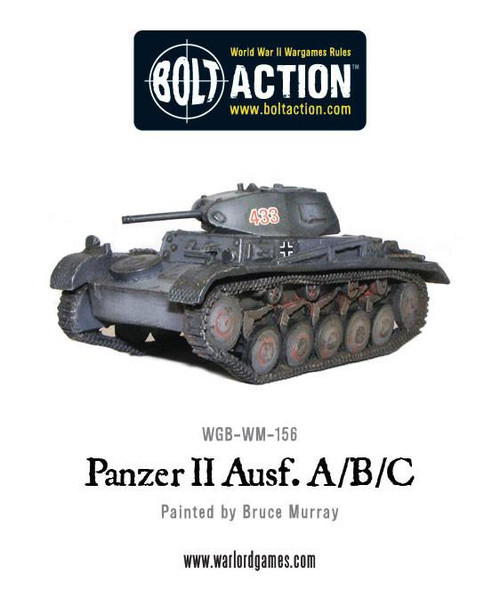 The Panzer II (also known as Panzerkampfwagen II), was a light tank that saw action at the start of and throughout the war and an almost all battlefields. It was produced with many variants, but most were armed with a 20mm KwK 30 L55.

This tank can be also be used to reppresent the Luchs (Lynx or Panzer II Ausf. L), as the main differences (a part from a slight size difference) were the design of the track wheels and tracks themselves.
Contents: