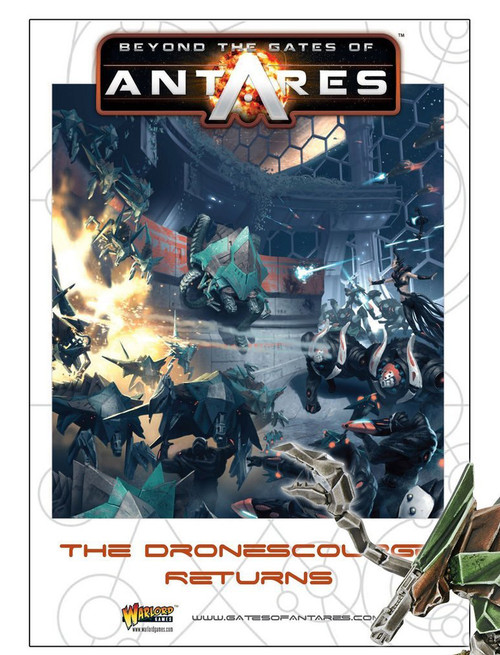 The action intensifies in Beyond the Gates of Antares as a long-forgotten threat re-emerges. The Dronescourge Returns - Gates of Antares supplement - Introduces a new range of exquisite Sci-Fi models with an utterly alien and unique look, new units such as Privateers, plus new equipment and rules for all existing races... The IMTels of both the Isorian Senatex and Panhuman Concord are deeply alarmed. Along the Northern Interface border between the two great Antarean nations, whole star systems are dead or dying, their inhabitants and nanospore wiped up byÉ what? A resurgence of the Chryseis shard? Ruptions in the Nexus caused by the events of the Xilos collapse?