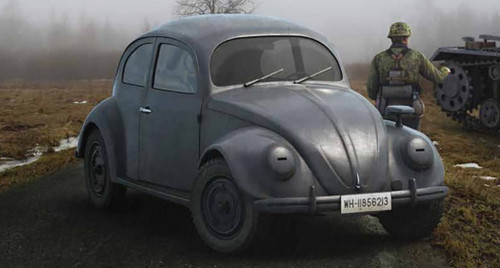 The Volkswagen Beetle (officially the Volkswagen Type 1) informally in German the Käfer (meaning “beetle”) is a two-door, rear-engine economy car intended for five occupants. It was manufactured and marketed by German automaker Volkswagen (VW) from 1938 until 2003.

On June 22, 1934, Ferdinand Porsche received a development contract from the Reich Association of the German Automobile Industry for the prototype of an economical and affordable car. The official name “Volkswagen” was replaced by KdF car (“power by joy”). At the end of 1938, a number of pre-production cars were produced, which were used as demonstration cars and displayed at exhibitions, but none were delivered to customers.