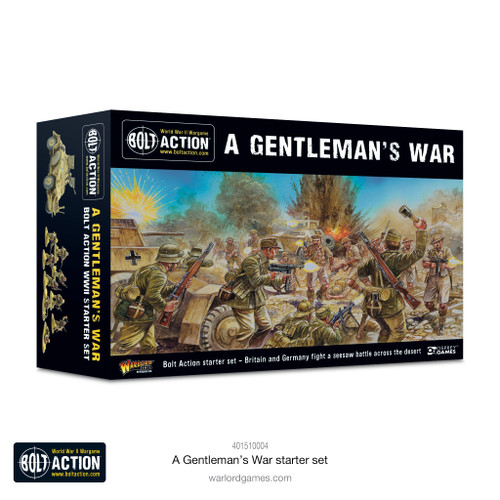 A Gentleman's War focuses on the action fought across the parched, dusty campaign in the Western Desert during World War II. This Bolt Action starter set pits the forces of the British 8th Army (more commonly known as The Desert Rats) against their Axis foes, the German Deutsche Afrika Korps. Although the fighting in this theatre was intense it tended to lack the fanaticism and atrocities seen in other theatres of the war and became known as a gentleman's war.

Containing two opposing plastic forces set amongst the conflict across the arid desert war of the North Africa campaign, A Gentleman's War contains the Bolt Action rulebook as well as a theatre booklet that guides you through your first steps in the game.