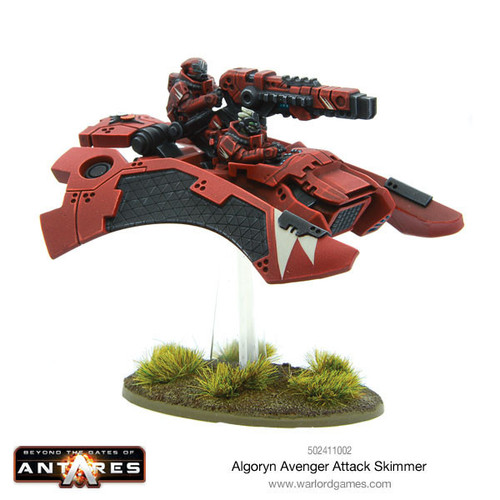 The Avenger type skimmer is a lightly built two man fighting machine designed for raids and support missions. It is modestly armed and armoured compared to larger fighting machines but is ideally designed as a strike weapon relying upon its speed to launch its attack and evade enemy retaliation. It is sometimes used in company with Intruder skimmers as part of a long-range raider force, providing additional firepower where needed.

All I Care About T-Shirt - White